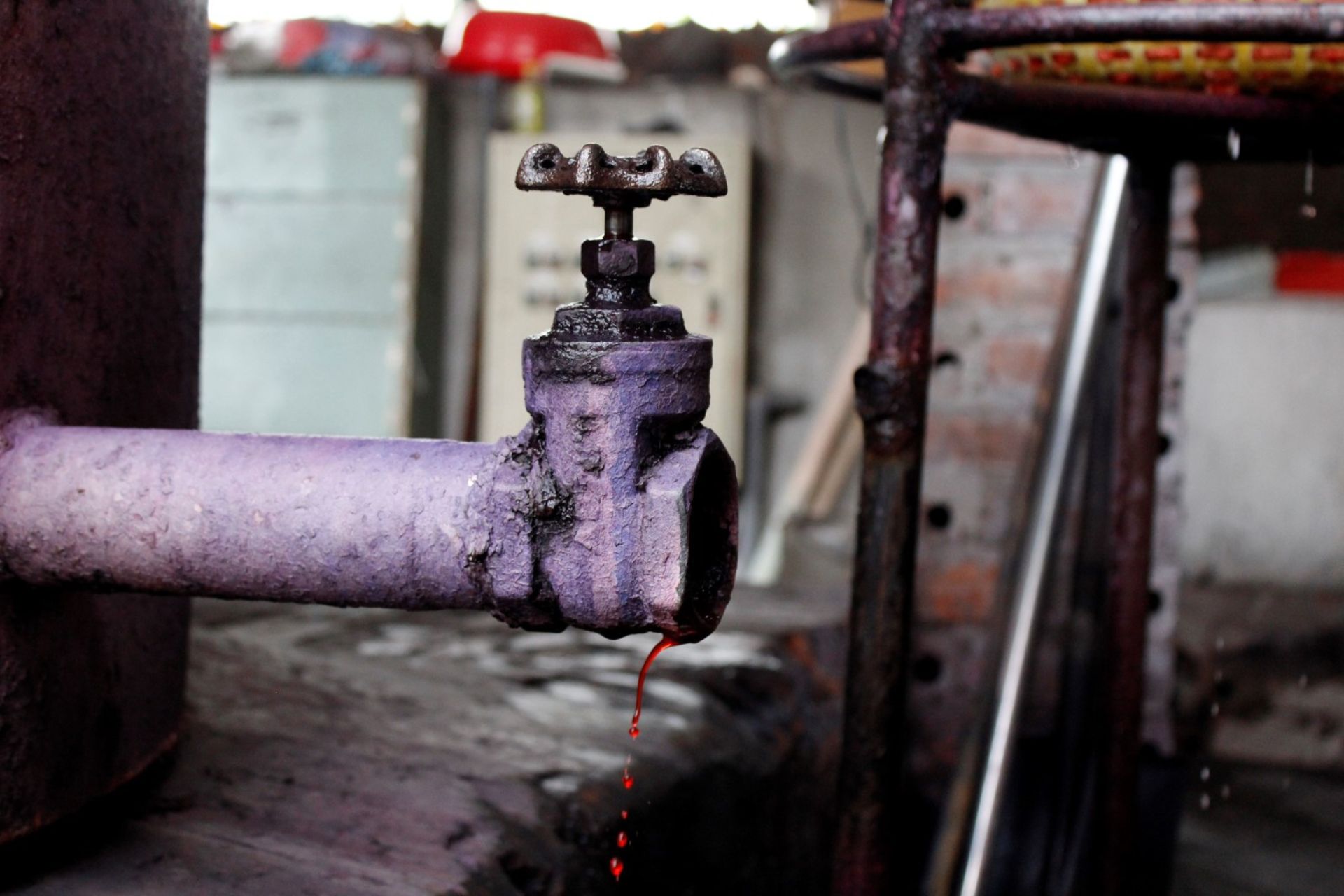 Are our products made with 100% natural raw materials, and our colors?

The dyes used are ecological and certified Azo Free, which means that they are free of heavy metals (nickel, cadmium, mercury, lead and chromium) and therefore eco-friendly and hypoallergenic for the wearer.

At the end of this article, I assure you that we will know more about Azo Free dyes, and we will report in detail the tests of the certification carried out by TUV Rheinland German company, world leader in environmental quality certifications.

The test, as we will see, not only certifies the environmental quality of the dyes but also demonstrates the total absence of heavy metals.

well ... to understand the great value for people and nature resulting from the use of azo dyes free, we just have to talk about the health risks arising from the use of clothing or materials made with azo dyes, which means dyes that in the world are commonly used and therefore present in clothing worn daily.

We have to be worried, but the LOOM Fair Trade scarves totally exclude these harmful substances, that's why together with Craft Link we use only ecological dyes regularly certified every year. 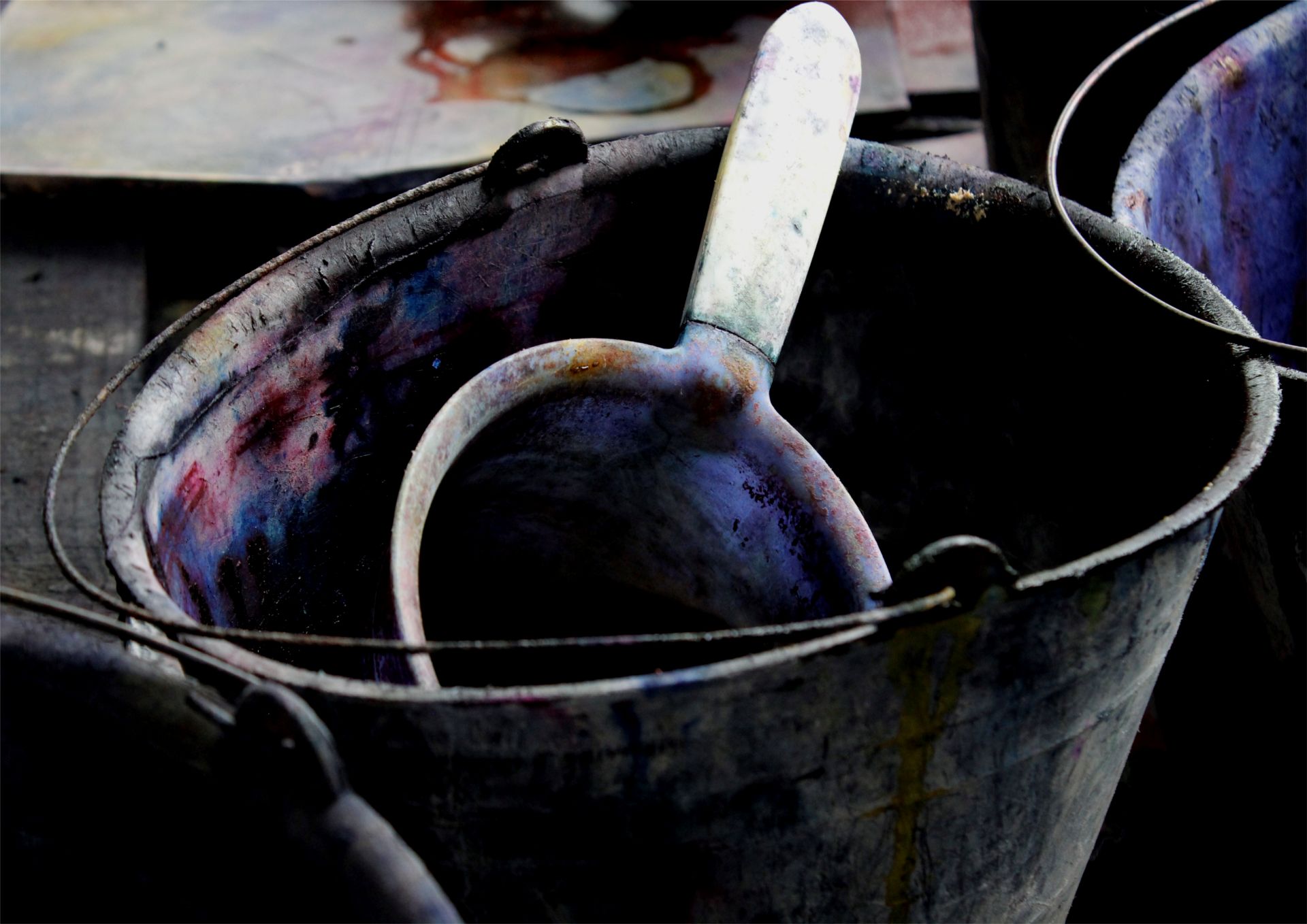 Azo dyes
Also known as azo dyes, they are formally derived from azobenzene.

Azocolourants are compounds characterized by the presence of one or more azoic groups that include: amines, chlorides, hydroxyl, methyl, nitro, sulfonic acid. As a result, azo dyes can release one or more aromatic amines which are carcinogenic in concentrations above 30 mg/kg (0,003 % by weight).

Heavy metals
Cadmium, Lead, Mercury, Chromium(VI), Nickel. Heavy metals such as cadmium, lead and mercury are used in some dyes and pigments. These metals can accumulate in the body for a long time and are highly toxic, with irreversible effects, including damage to the nervous system (Lead and Mercury) or liver (Cadmium). Cadmium is also a known carcinogen.

Chromium(VI) which is used in some textile and tanning processes in the footwear industry is highly toxic, even at low concentrations, to many aquatic organisms.

Chromium(VI) compounds have been evaluated as carcinogenic to humans.

Nickel released from dyes used for dyeing is highly allergenic.

Cadmium, Mercury and Lead have also been classified as 'priority hazardous substances' under EU water legislation and severely restricted.

Following the widespread use of these toxic substances in clothing worn the Greenpeace Detox campaign was born, which asks fashion brands to commit themselves on a completely voluntary basis to eliminating the use of all hazardous substances by 2020 and asks all their suppliers, with a view to maximum transparency, to make public on an independent online platform, the data on the discharge of pollutants from their facilities.

The list of companies that have chosen to subscribe to the Detox commitment is becoming ever wider, including 35 fashion and clothing groups representing more than 100 brands, which alone account for 15%, in terms of turnover, of world textile production. Nevertheless, the coverage is like a leopard.

For this reason, the fair trade organizations are operating more and more,

- for use in eco-friendly clothing
- to raise public awareness of the importance of an ecological culture, aware of the risks to health and the environment arising from the use of toxic substances and plastic raw materials
- for the promotion of campaigns to promote more protective legislation for the citizen and his health

LOOM Fair Trade together with Craft Link fully adopts the criteria of fair trade and with them promotes principles of respect for the environment, the health of workers involved in the production of scarves and the health of customers who wear our clothes.

The use of sophisticated catalyst filters in the post-dye washing tanks allows Craft Link to avoid water contamination by recovering any residue of dye, which while being environmentally friendly would alter the environmental balance. 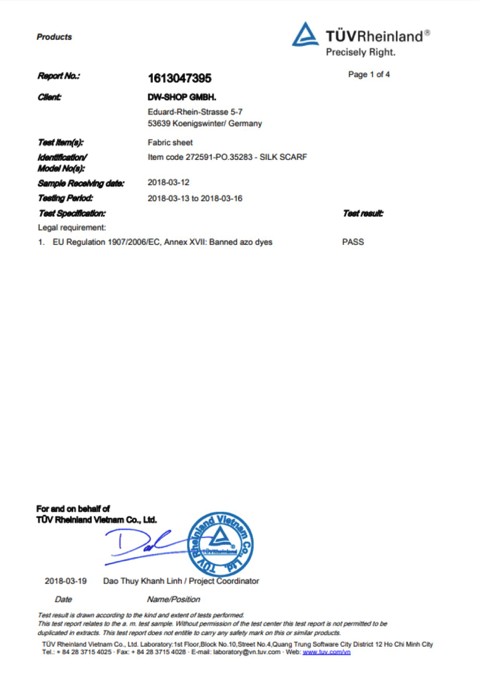 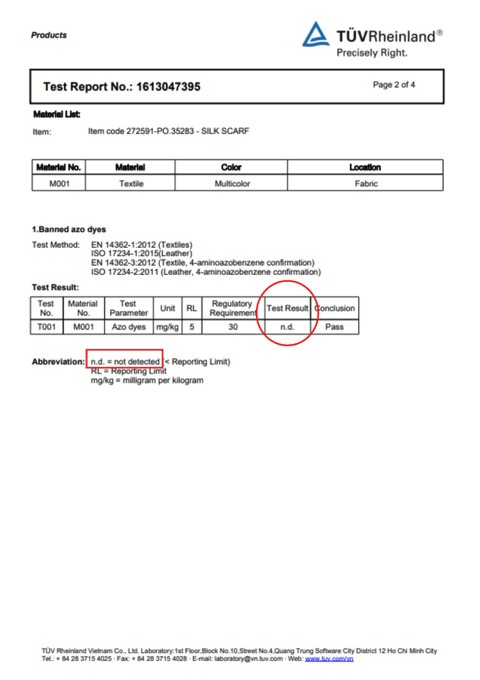 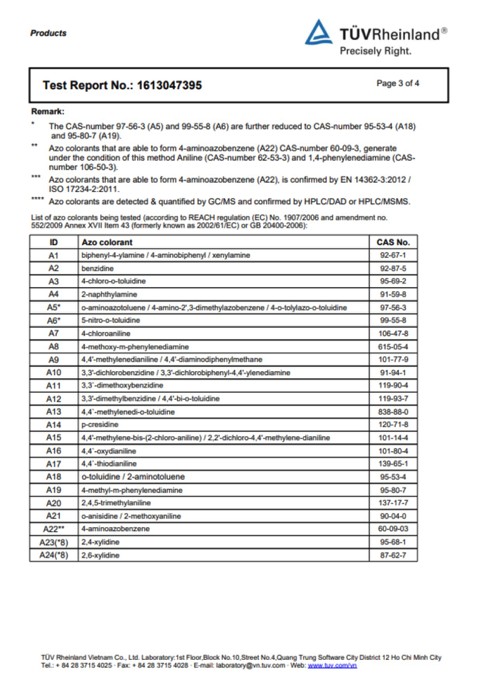 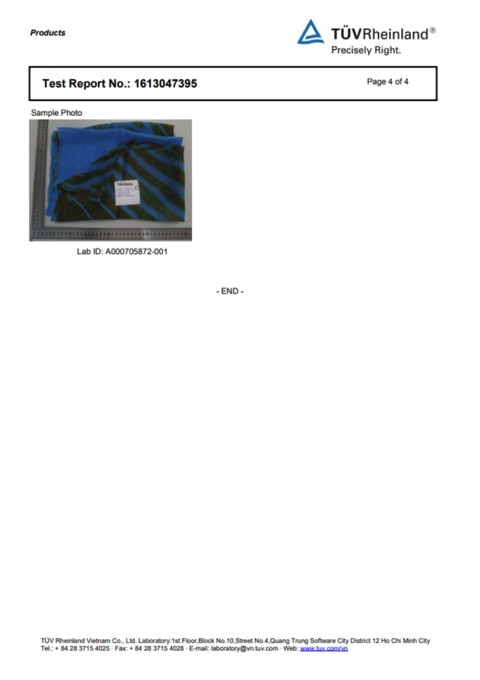 Thanks, for the information on azo dyes, to the blog of the Italian Chemical Society and for more information see the article "Chemicamente alla moda 2" of February 15, 2017. 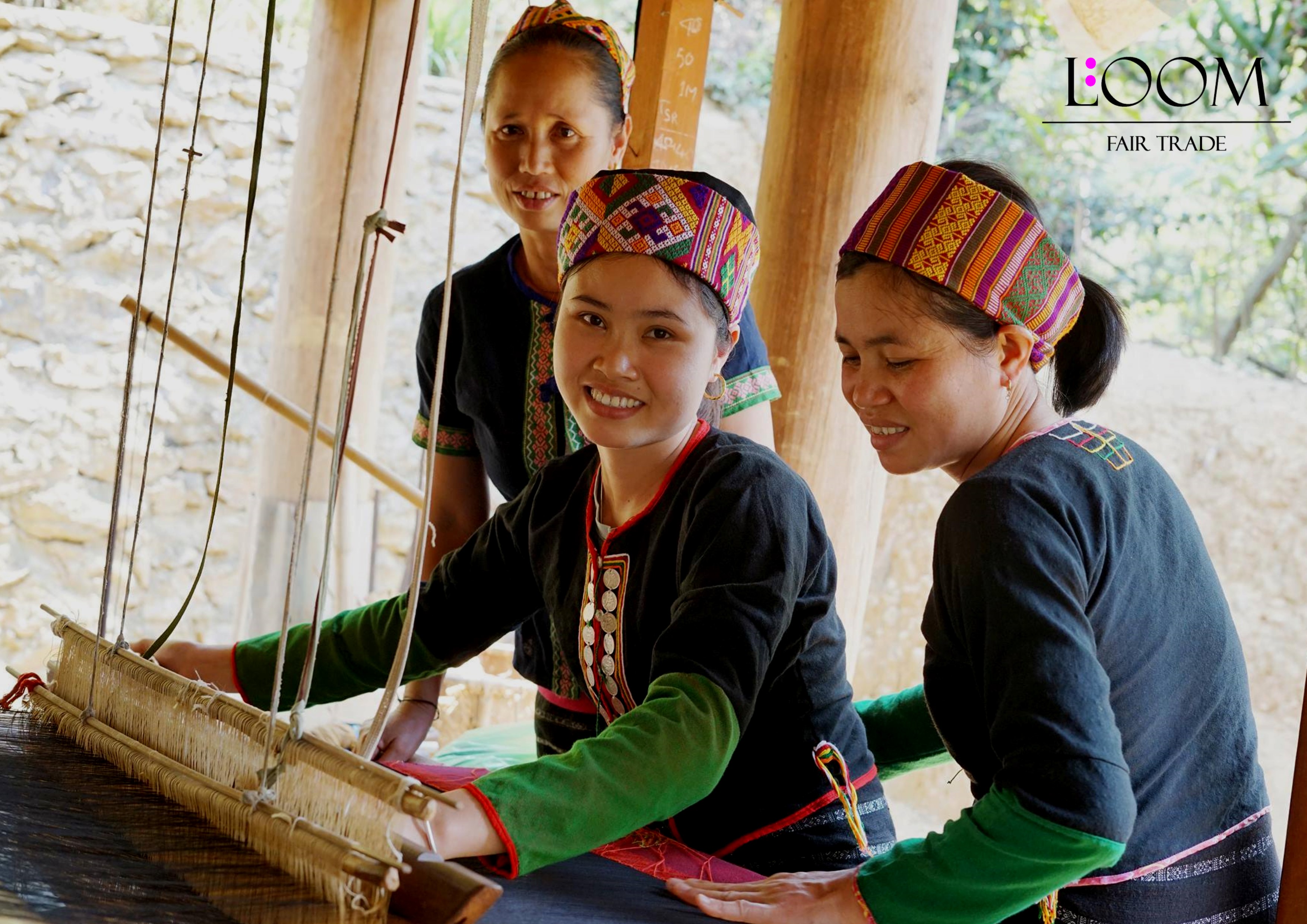